Aug
HVAC systems
addokab
No Comments
and posted in Engineering

Back to 1902 when Willis carrier an american engineer who invented the first air condition,and behind his vision to solve a humidity problem found in a publishing company .carrier thought that in order to solve this humidity problem,the air inside the building must be treated by blowing it across chilled pipes.The air cooled as it passed across the cold pipes, and since cool air can’t carry as much moisture as warm air, the process reduced the humidity in the plant and stabilized the moisture content of the paper. Reducing the humidity also had the side benefit of lowering the air temperature .this was absolutely the born of a new technology by treating the air and make it cooler. with the passage of time air conditioning systems experienced a big progresses and changes with the concept and the ways the air is being treated and cooled using several engineering techniques adopted to cover not only a publishing company or small plants but also big edifices. 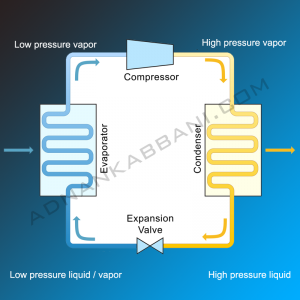 Air conditioners use refrigeration to chill indoor air, taking advantage of a remarkable physical law: When a liquid converts to a gas (in a process called phase conversion), it absorbs heat. Air conditioners exploit this feature of phase conversion by forcing special chemical compounds to evaporate and condense over and over again in a closed system of coils.

The compounds involved are refrigerants that have properties enabling them to change at relatively low temperatures. Air conditioners also contain fans that move warm interior air over these cold, refrigerant-filled coils. In fact, central air conditioners have a whole system of ducts designed to funnel air to and from these serpentine, air-chilling coils.

The cold side of an air conditioner contains the evaporator and a fan that blows air over the chilled coils and into the room. The hot side contains the compressor, condenser and another fan to vent hot air coming off the compressed refrigerant to the outdoors. In between the two sets of coils, there’s an expansion valve. It regulates the amount of compressed liquid refrigerant moving into the evaporator. Once in the evaporator, the refrigerant experiences a pressure drop, expands and changes back into a gas. The compressor is actually a large electric pump that pressurizes the refrigerant gas as part of the process of turning it back into a liquid. There are some additional sensors, timers and valves, but the evaporator, compressor, condenser and expansion valve are the main components of an air conditioner. 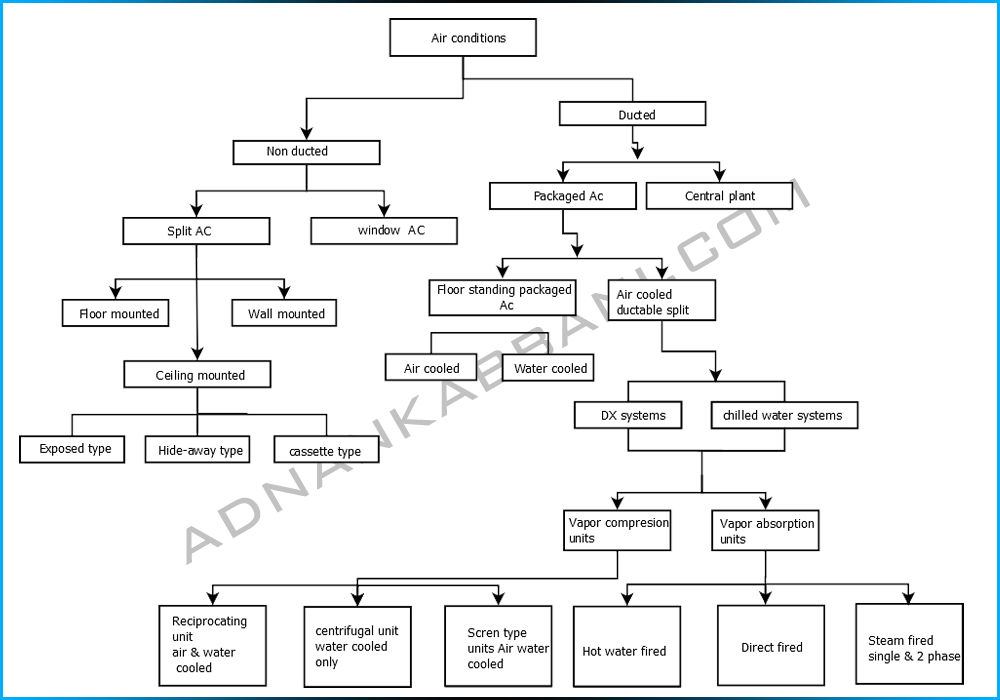