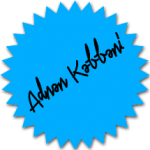 In order to program a Microcontroller chip here is  short explanation of the development process.

First we will write our code in MPLAB Development Environment,The wiritng code can be in C or Assembly language than we compile and build our code and get a HEX file.in order to transfer the hex file to the Microcontroller we will use a PIC programmer, a simple electronic circuit that can get the code from our PC using the serial or USB port depending on the programmer model after that the program will be transferred to the PIC program Flash memory. 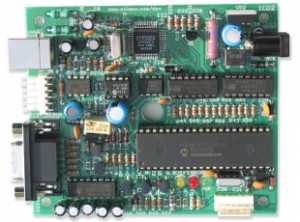 A pic can be programmed using the ICD2 programmer in circuit debugger KIT available at Microchip this kind pf programmer support both RS232 and USB interface many third party ICD programmers are available in the market and provide the same functionality as for the original ICD2 Programmer provided by Microchip ,Also programmers model can be selected from MPLAB Programmer menu and can be used upon your request. 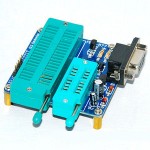 A PIC can also be programmed via a JDM programmer , this kind of programmer doesn’t require a power supply since it is powered by the PC serial port , IT support 12F , 16 and 18f device family and the software used for programming is winpic800 available for download through this link